Boy, do I know that feeling. How April and May just rush by and suddenly you’re on holiday and sitting there on the beach with an umbrella drink in your hand while wondering what happened since Christmas. When World IPv6 Launch was announced, it felt like eons away. And now, it’s less than TWO WEEKS. What will happen? And what will happen afterwards? Let’s go exploring the net together.

What is World IPv6 Launch about?

IPv6 has been around for a long time. The big question with a new protocol is of course how to migrate from the old one without disrupting service. And how do we avoid the deadlock where everyone waits for someone else to start? I’ve been part of IPv6 discussions for over 15 years now, where we’ve guessed that customers, service providers, Africa or Asia would start. Always someone else’s problem – SEP. (Today is Douglas Adam’s birthday and the international Towel Day, so it felt rather good to mention a SEP field).

Many migration solutions involving tunneling the new protocol over the old and then the old over the new was developed by engineers. In order to start migration, tunneling protocols was enabled by default in many devices and operating systems. At the same time network engineers activated IPv6 on web sites, using a dual stack solution. Connection problems over the tunnels and a non-adaptive prioritization between the protocols led to really poor user experiences. No one wants their web site, that operates perfectly well, to show up as “not available on the net”. This meant that IPv6 was turned off on the server.

In order to fix this, network engineers and browser vendors worked together. The solution, now called Happy Eyeballs, was to be more adaptive and connect over IPv4 and IPv6 at the same time. In my Mac at home, I end up using IPv4 when browsing since IPv6 goes over a tunnel and is slower. The browser tests this and decided which protocol to use. This is exactly what was tested last year, during the World IPv6 Day. Web site owners around the globe agreed to turn on IPv6 and operate dual stack for one day. Voila, nothing happened. Unfortunately, they decided to turn it off again.

This year, June 6th, it’s World IPv6 Launch. Web site owners around the world will turn on IPv6 and keep it on. But wait, there’s more! 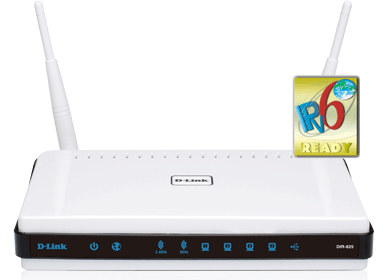 World IPv6 Launch is organized by the Internet Society and this year they’ve added two more areas – service providers and the equipment we all use to connect to them. As these parts are rather new, not many have joined. Cisco, NDM Systems, D-link and Zyxel are on the list of manufacturers that have signed up. This is rather embarrassing – where are all the others that occupy shelf space in the electronic stores?

Cisco not only participates as an equipment vendor, they also participate with their web site. They have published a blog entry – Preparing for World IPv6 Launch – which describes what they’ve done.

On the service provider side there are more companies participating – today up to 50 service providers. A drop of water in the ocean, but at least a list. A lot of university networks, which is not very surprising. Not a single operator from Sweden. I guess I know some people who I obviously haven’t had enough drinks with…

After World IPv6 Launch – what happens next?

After this day IPv6 will be an integrated part of the Internet. It is where growth will happen and where you will see a lot of new applications. Friends who operate dual stack web sites and mail servers continuously report growth in the IPv6 traffic. IPv6 will hopefully  be part of every IT project with the same status as IPv4. For products that sell and claim they support TCP/IP or can connect to the Internet – there’s a new requirement that they support IPv6 on the same level as IPv4. If you do not connect over IPv6, you won’t be fully connected.

You still have a few days to register and get your act together. Go to the World IPv6 Launch web site and register your URL. Then get your todo-list together. You can either add dual stack and test, test, test. Or decide to run the web site single stack – either IPv4 or IPv6 and put the other protocol behind a proxy. As long as you do something and get your service up and running, your fine. And do not forget DNS – you need to add those cool AAAA records to your domain. As of the moment I’m writing this, you still have 11 days, 11 hours and 35 minutes to go. Easy as a cake.

I look forward to IPv6 World Launch. June 6th is a national holiday here in Sweden so I’ll have plenty of time to watch what’s going on, unless my family wants me to join the celebrations.
I’ll leave you for now, I guess you have work to do to get ready. If you’re already done, like Facebook who added the IPv6 address a few days ago, you can relax and focus on getting IPv6 active in your home or corporate network.